How technology has changed sports betting for good Go to Top

The beginning of the revolution

The sports betting market has always been a laboratory for the development of new technologies the same way the stock market does, this because in both cases the one earning profits is the one who can elaborate information faster and better.

For example, let's imagine two speculators having at disposal the same data and the same analysis skills, but one of them has access to a calculator while the other not, so he has to compute the data manually. The first one will be faster then the second one in elaborating data so he will be the first to exploit market prices.

Speed of execution, which is the ability to exploit certain prices before they get discounted by the market, has always been the most yearned competitive advantage from both betting and financial traders. Over the past two centuries, traders have relied on increasingly advanced technologies to reduce latency times while maintaining the same analytical level.

The first and most well-known example of technological advantage in the betting market is the telegraph; you may remember Paul Newman and Robert Redford in "The Sting" using it to anticipate the sportsbooks. In fact, in the United States of the early twentieth century the outcome of a horse race was communicated via telegraph from the racetrack to the bookmaker, passing from a receptionist; the latter came to know the result of the race before the book itself, thus being able to bet on a horse that had already won the race.

Another famous example of speed race is the one applied in finance for a few decades now, namely to locate trading servers in buildings adjacent to Wall Street or the Chicago board of trade, in order to gain few milliseconds of advantage over competitors. Or, in the case of betting, the development of bots (automated software) to fastening the adjustment of offered odds.

Another field of technological evolution has been the creation of statistical research centers to develop algorithms able to make more precise forecasts.

In 1911 Pearson opened the first department of statistics in the world at the University College of London and developed a method called "multiple regression" that allows, starting from several potentially influencing factors, to determine how they are related to a given outcome.

In 1970, Bolton and Chapman decided to apply multiple regression to horse racing in order to understand how each different factor influences the probability of victory of a given horse. Since the data were not easy to find at the time, they were able to conclude their research only in 1981 and published it in the Journal of Management Science in 1986.
For this research, Bolton and Chapman were able to analyze only nine different factors having at disposal the data of just 200 past races and although their research was useful for the development of future predictive techniques it was not yet efficient enough to generate a profit by betting on it.

In the 90s and 2000s with the global development of the internet, it was possible to start collecting a significantly larger amount of data on all sporting events, so the first and simple predictive models for making quantitative analysis on sports betting could be implemented. These primordial predictive models were able to generate substantial profits for their creators and pushed sportsbooks and operators to develop predictive technology too.

In 2000 Andrew Garrood, a former trader for a Japanese bank, was hired by "Cantor Gaming", a subsidiary of Wall Street's "Cantor Fitzgerald". In those years Garrood developed an algorithm he named "Midas Algorithm" able to generate the best forecasts in the industry. This lead Cantor Gaming to become the market leader of 2009 and routed many betting syndicates who until that time had managed to win against the dealers.

This event encouraged professional bettors to look for new ways to improve their predictions and regain that advantage against the book that had been lost.

The rise of big data made possible what was not: Artificial Intelligence. AI technology requires huge dataset and powerful hardware; back in 2009 data was not enough and hardware were too expensive, but in a few years everything changed.

Thanks to the growing video game market, some companies have developed more and more powerful graphics cards to keep up with the demand of their customers. These graphics cards, which lend themselves well to the processing of huge amounts of data and the computation of complex formulas, have led to the creation of increasingly high-performance and cheaper hardware, thus allowing more researchers and technology companies to develop complex algorithms capable of handling increasingly larger amounts of data.

One of the applications of artificial intelligence researches was that aimed at teaching machines as complex games like Poker or GO, an abstract Asian strategy game considered to be more difficult than chess, to evaluate its computational skills. The results were surprising in that the artificial intelligence managed to win against the greatest professionals both of Poker and GO, results deemed impossible to reach for any machine because the structure of these games implies a strong human component.

The big data revolution today has also reached the sports world, in fact, in recent years are born new companies focused on collecting sports data, e.g. Wyscout and Optasports. Collected data allow traders and operators to analyze everything that happens in a sporting event, and football clubs to have new tools for scouting new talents and improving their performance.

Until recent years, collecting these data was not possible mainly because of two reasons: the technology needed to collect those information was too expensive and that the market was not ready yet. Today we can access to thousands of data points, both for the major and for the minor leagues.

What type of data can we access and do we analyze?

An example of the data we can access and analyze today are:

Today it's possible to analyze nearly every single element of a match. Thanks to these data and the use of advanced statistical models, sports betting professionals can make predictions based not only on the overall performance of a team, but also on the individual contribution of each player. This has lead many professionals to the development of really advanced betting strategies.

The rise of Artificial Intelligence algorithms

AI algorithms are learning structures based on large databases, the more they are "fed" by data, the more they learn and the more they generate accurate predictions. One of the learning methods typically used to train an AI is Bayes's theorem, a theorem from 1763, which can be applied only today, because the computing power and data needed to run a Bayesian network is available only since a few years.

Now is possible to build machines that analyze all the individual events of each match, quantify how each of them is related to the final outcome, generate event probabilities and hence market prices and apply a betting strategy to optimize the returns. We are in the betting 4.0! An arms race started with the telegraph and ended with the "nuclear bomb". Quoting one of the greatest bettors of all time, Bill Benter, "It wasn't as though streetwise Las Vegas gamblers figured out a system, success came when an outsider, armed with academic knowledge and new techniques, came in and shone light where there had been none before".

On the same topic

Learn how to start a portfolio 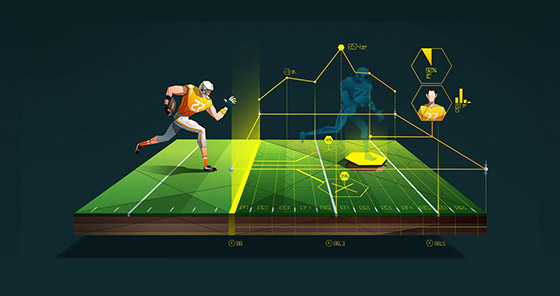 If we can accurately capture the movements of football or volleyball players, how can algorithms process this data to give us important information? 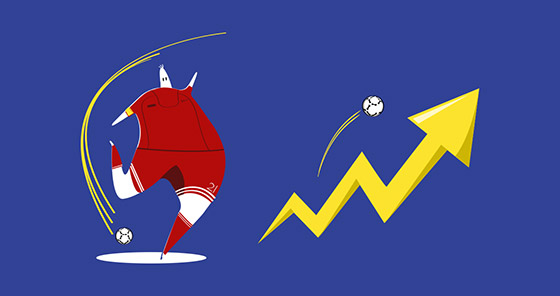 Value betting: what it is and how it works

Value betting is a systematic approach to sports betting. Learn how to use it to approach betting as an investor

Ready to diversify your portfolio?

Diversify your portfolio through sports trading: